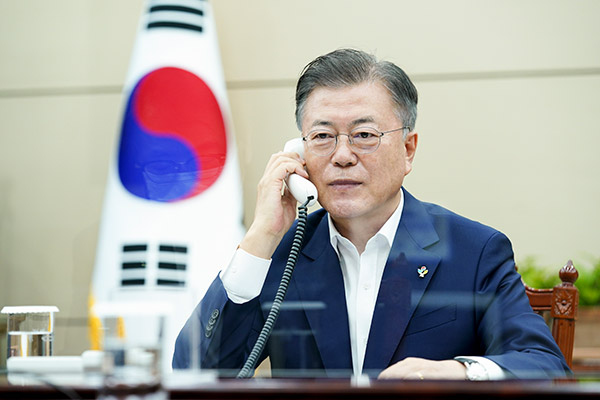 Japan's Kyodo News on Thursday quoted multiple Japanese government officials as saying that arrangements are underway to hold the phone talks as early as Thursday.

If realized, it will be the first conversation between the two since Kishida took office last Monday.

The two sides are expected to exchange opinions on a wide range of pending issues regarding their respective nations such as compensation for South Korean victims of Japan's wartime forced labor and sexual slavery.

The previous contact between the leaders of the two nations was in June in Britain when Moon and the then Prime Minister Yoshihide Suga briefly met on the sidelines of the Group of Seven summit.
Share
Print
List