Ambassador: S. Korea, US in Close Consultation on War-Ending Declaration 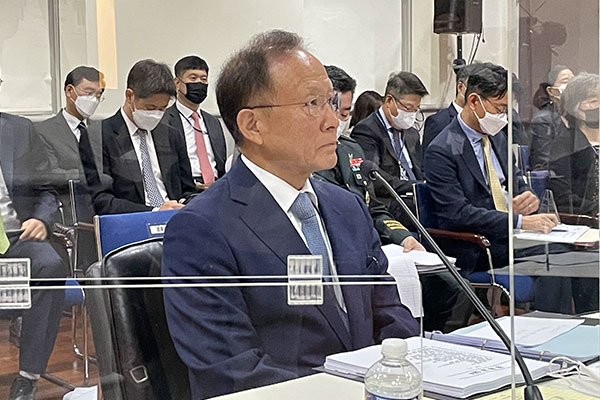 South Korea's Ambassador to the U.S. Lee Soo-hyuck says that South Korea and the U.S. are in close consultation on the purpose and possible effects of declaring a formal end to the Korean War.

The top envoy made the remarks on Wednesday in a parliamentary audit of the South Korean Embassy in the U.S.

As independent lawmaker Kim Hong-gul in the audit said the U.S. does not seem to be handling the issue of the war-ending declaration properly, Lee responded that Washington is approaching the issue seriously and understands its purposefulness.

The ambassador said that in-depth discussions are under way between senior officials of the two nations regarding the purpose, methods and possible effects of the declaration.

He also said that the two nations are discussing various ways to build trust such as the provision of humanitarian assistance to create a favorable atmosphere for talks with the North.

Regarding recent remarks by North Korean leader Kim Jong-un, Lee said that South Korea is analyzing the intent and significance of the remarks and Washington is also aware of the analysis and the South Korean publics' sentiment.
Share
Print
List