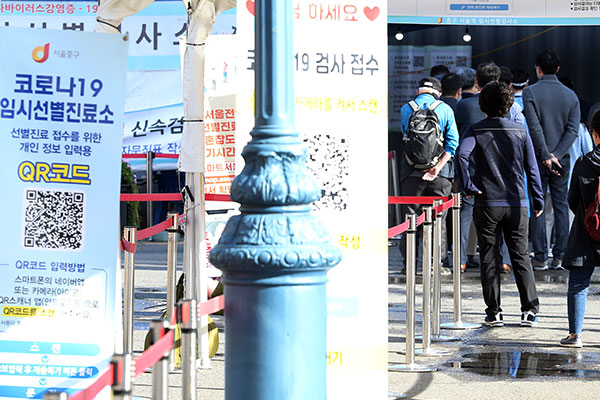 Daily coronavirus cases fell to the 16-hundred range on Friday as the nation extended the current social distancing rules for another two weeks.

According to the Korea Disease Control and Prevention Agency(KDCA), one-thousand-684 new COVID-19 cases were detected throughout Thursday, raising the accumulated caseload to 339-thousand-361.

The daily tally dropped by over 250 from the previous day to remain under two thousand for a seventh day in a row.

Of the new cases, one-thousand-670 were local transmissions while 14 were from overseas.

The capital region accounted for 82 percent of local cases, with 680 cases reported from Seoul, 606 from Gyeonggi Province and 95 from Incheon.

Eight deaths have been reported, raising the death toll to two-thousand-626. The fatality rate stands at zero-point-77 percent.