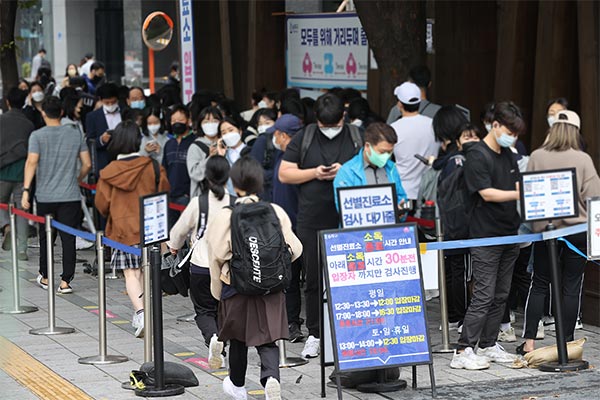 Daily COVID-19 cases remained below two thousand for the eighth day on Friday.

The Korea Disease Control and Prevention Agency (KDCA) said Saturday 16-hundred-18 infections were reported throughout Friday including 24 from overseas.

The capital region accounts for nearly 80 percent of domestic cases including 585 in Seoul and 579 in Gyeonggi Province.

Over 132-thousand tests were conducted nationwide on Friday.

Eighteen more deaths have been reported, raising the death toll to two-thousand-644. The fatality rate stands at zero-point-78 percent.

The number of critically ill patients is down by ten from the previous day at 361.
Share
Print
List