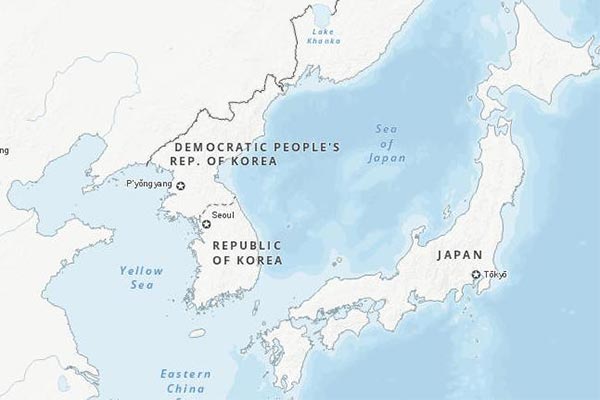 The Voluntary Agency Network of Korea or VANK said Saturday that it has launched a campaign to correct the singular labeling of "Sea of Japan" to denote the body of water between Korea and Japan as marked on maps shown on the United Nations geospatial information website(www.un.org/geospatial).

VANK said that the failure to address the issue relating to an official UN site can give Japan an excuse to further advocate the Sea of Japan name.

The group said the UN must correct the mistake as the international community is using both names East Sea and Sea of Japan to refer to the body of water situated between the two countries.

The UN Conference on the Standardization of Geographical Names announced in 1977 the use of dual or plural names in cases where agreeing to a single moniker for a geographical feature is difficult as more than two countries share it.

VANK has requested the correction and sent a letter of protest to the UN. It also plans to launch a global petition to raise awareness.
Share
Print
List