EU Official Urges NK to Respond to Dialogue Offers from S. Korea, US 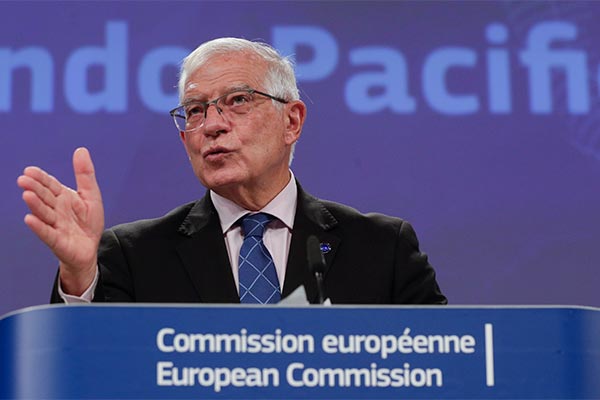 A senior European Union official has called for North Korea to constructively respond to dialogue offers by South Korea and the U.S.

According to Radio Free Asia, Josep Borrell Fontelles, High Representative of the European Union for foreign affairs and security policy, made the call in a written Q&A by the European Parliament.

Borrell said the European External Action Service will seek to encourage Pyongyang to respond constructively to the request for dialogue expressed by Seoul and Washington.

He called on third countries to use their communication channels with North Korea to urge the regime to engage in dialogue and credible action towards denuclearization.

The official said the North's nuclear and ballistic missile programs represent a global challenge and the EU's objective is the country's complete, verifiable and irreversible denuclearization.

He said the North must abandon its nuclear and other weapons of mass destruction and its missile and existing nuclear programs and the EU will continue to encourage full implementation of UN Security Council sanctions.
Share
Print
List