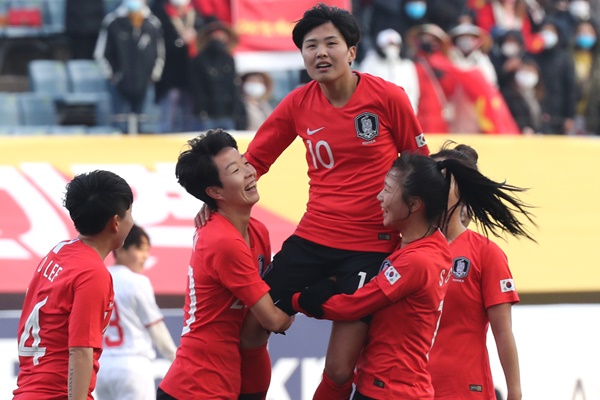 South Korea will take part in next year's FIFA U-20 Women's World Cup thanks to its third place finish in the Asian Football Confederation's U-19 championship held in 2019.

In a virtual meeting Thursday, the AFC recognized its U-19 and U-16 championships from 2019 as qualifiers for the FIFA U-20 and U-17 women's world cups scheduled next year.

The decision comes as the AFC planned to hold U-20 and U-17 women's Asian Cups next year to choose the countries to compete in the FIFA World Cup, but both tournaments were canceled due to the pandemic.

In the 2019 championship, South Korea finished third after Japan and North Korea and secured a ticket to participate in the 2020 FIFA U-20 Women's World Cup, which was postponed to 2021 and then canceled.

The 2022 U-20 Women's World Cup takes place in Costa Rica in August. Korea failed to advance to the main round for the U-17 World Cup.
Share
Print
List