Key Figure in Land Development Scandal Arrested on Arrival from US 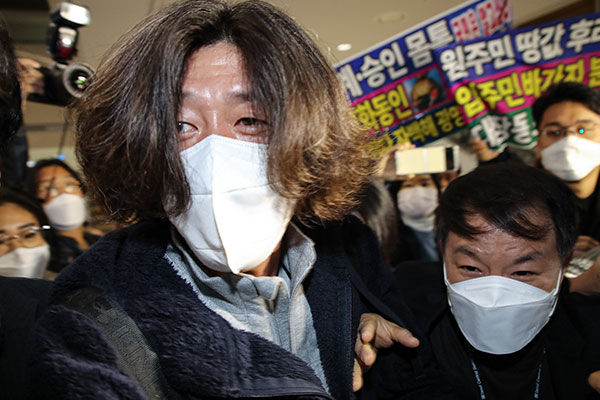 A key figure in a land development scandal has been arrested as he returned home from the United States on Monday morning.

Lawyer Nam Wook, who left for the U.S. in mid-September before the investigation into the land development scandal began, arrived at 5 a.m. at Incheon International Airport.

Nam was arrested upon arrival and transported to the Seoul Central District Prosecutors' Office.

Nam is one of four key figures in the massive construction project in Seongnam, including Kim Man-bae, the largest shareholder of Hwacheon Daeyu Asset Management, and Yoo Dong-gyu, the former acting president of Seongnam Development Corporation, which holds a majority stake in the project.

The lawyer allegedly played a key role and reportedly earned about 100-point-seven billion won through his company with an investment of 87-point-21 million won.

The prosecution plans to request an arrest warrant after questioning him. In a recent media interview, Nam denied his involvement in any irregularities, laying blame on Kim and Yoo.
Share
Print
List