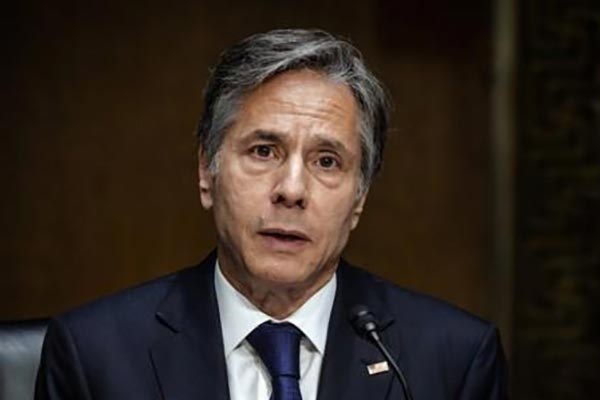 U.S. Secretary of State Antony Blinken met with the head of the International Atomic Energy Agency(IAEA) on Monday to discuss pending issues including North Korea and Iran's nuclear programs.

According to the State Department, at the start of talks with IAEA Director-General Rafael Grossi in Washington, Blinken said the U.S. strongly supports the agency’s work, as it plays a vital role in monitoring Iran's nuclear activities.

He added that Iran will be a big part of the focus in the meeting, but there are many things to discuss.

Grossi also said that the two sides have a vast agenda, ranging from important political issues like Iran and the North Korea situation. He said the meeting will also discuss the U.S.' roles in peaceful uses of nuclear energy.

Last month, the IAEA chief expressed concerns over signs of resumed activity at the North's Yongbyon nuclear complex. Additionally, the agency said in a report last month that North Korea appears to have resumed production of plutonium at the nuclear complex since early July.
Share
Print
List