US Top Nuclear Envoy to Visit Seoul This Week 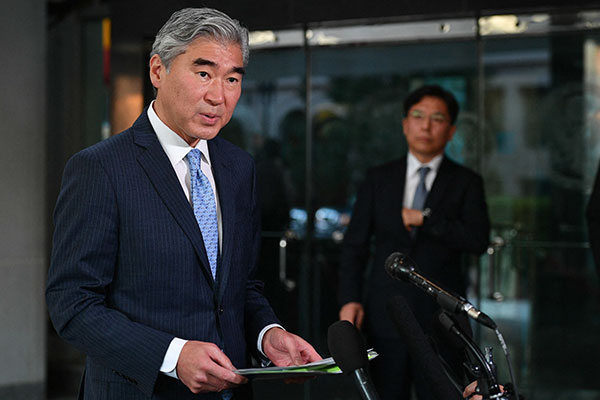 U.S. Special Representative for North Korea Sung Kim said on Monday that he will visit South Korea this week and hopes to continue discussions on declaring a formal end to the Korean War.

Kim made the remarks to reporters after a meeting with his South Korean counterpart Noh Kyu-duk at the U.S. State Department in Washington D.C.

Kim said the two sides discussed the proposal for a war-ending declaration and he hopes to continue discussions on the matter and other issues when he visits Seoul later this week.

The top envoy said that in the meeting with Noh, he reaffirmed the U.S.' strong commitment to close cooperation with South Korea and Japan to achieve complete denuclearization and lasting peace on the Korean Peninsula.

Kim stressed that Washington harbors no hostile intent toward Pyongyang and remains open to a meeting without preconditions.

The U.S. envoy then reiterated the U.S.' support of humanitarian aid for North Korea, saying it is ready to work with the North to address areas of humanitarian concerns.
Share
Print
List