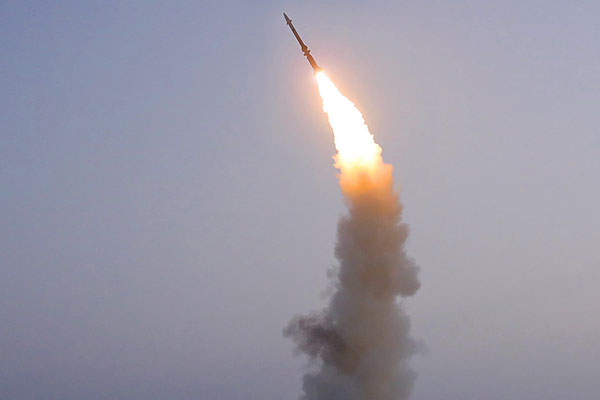 The Joint Chiefs of Staff(JCS) reported that North Korea fired a ballistic missile into the East Sea on Tuesday morning.

The North’s seventh projectile launch of the year was fired from the port city of Sinpo, according to the JCS.

South Korean and U.S. military authorities are analyzing details, including the projectile's altitude and range.

Observers say the latest launch is likely to be a part of the North’s efforts to test new weapons. Pyongyang has been expediting its development endeavors since unveiling a five-year plan on boosting defense capabilities at the eighth Workers’ Party congress in January.