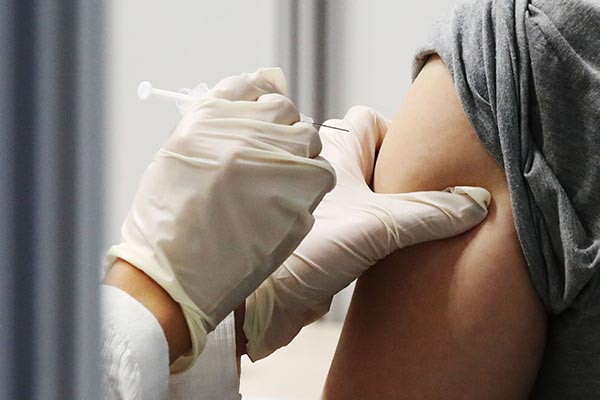 The government estimated that six-point-eight percent of adolescents aged 12 to 15 signed up for the COVID-19 vaccine on Monday, the first day of reservations for the age group.

The state vaccine task force said Tuesday that of some one-point-87 million teenagers in that group, roughly 127-thousand made vaccine reservations between 8 p.m. Monday and 12 a.m. Tuesday.

This is lower than the 20-point-eight percent reservation rate posted by teens aged 16 and 17 during the first four hours of reservations on October 5.

Hong Jeong-ik, a senior official on the task force, said the government will receive reservations for 12 to 15 year olds for a month to give parents sufficient time to decide whether to get their children vaccinated.

Vaccinations are not compulsory for teens and the government is leaving it to the discretion of their parents or guardians.

The government will receive reservations for this age group through November 12. The teens will receive the Pfizer vaccine from November 1 to 27.
Share
Print
List