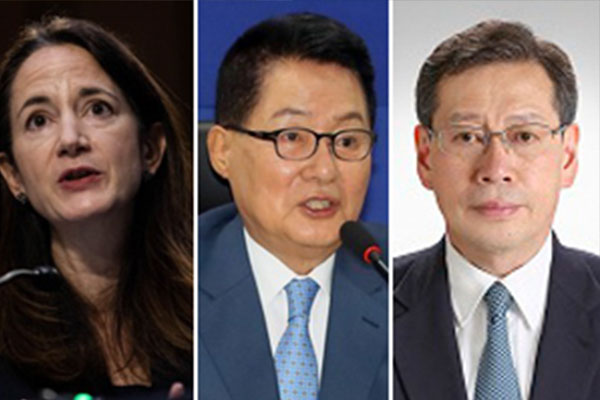 Intelligence chiefs of South Korea, the United States and Japan met in Seoul on Tuesday and discussed North Korea’s missile launch conducted earlier in the day.

The intelligence agency said the three-way meeting, which followed one-on-one sessions in Seoul the previous day, involved candid talks on issues of mutual interest, such as the situations on the Korean Peninsula.

They also shared information regarding the latest North Korean missile launch and assessed the relevant situation.

According to South Korea's Joint Chiefs of Staff, the North was detected firing what was believed to be one short-range submarine-launched ballistic missile from northeastern port city of Sinpo on Tuesday morning. Japan says North Korea fired two missiles.