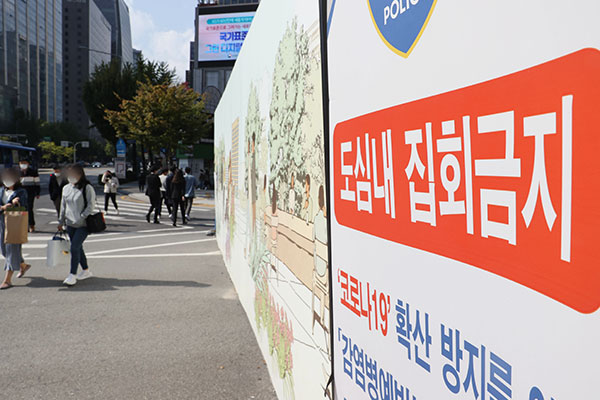 An umbrella labor union kicked off simultaneous rallies Wednesday afternoon at 14 locations nationwide, including Seoul, alongside a walkout that began that morning.

The Korean Confederation of Trade Unions(KCTU) is demanding that the government abolish irregular work and more actively engage in dialogue.

Police estimate that some 20-thousand will gather for the Seoul rally. Participants started in several locations around downtown before unexpectedly marching to Seodaemun Station around 1:30 p.m.

The government has called the rallies illegal and vowed to crack down on any quarantine violations.

The National Police Agency has deployed 170 units of 50 to 70 officers each  around downtown Seoul to block movement and set up "bus walls."

Public transportation has been affected as well with subway trains not stopping at five stations since 12:30 p.m. These consist of Jonggak, Gwanghwamun, City Hall, Anguk and Gyeongbok Palace stations.
Share
Print
List