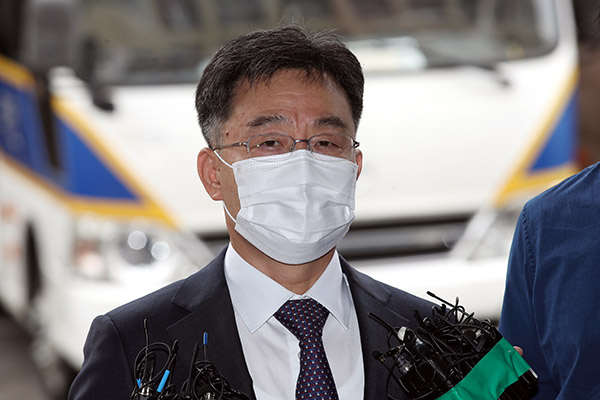 Prosecutors investigating the Seongnam development scandal have called in two key figures in the case for more questioning.

He is accused of inflicting losses of tens of billions of won on Seongnam Development Corporation by designing a profit scheme with the firm’s former acting president Yoo Dong-kyu that benefitted private investors.

Lawyer Nam Wook, who was released from two days of questioning after 12 a.m. Wednesday, was also summoned again later that afternoon.

A decision on his arrest warrant will likely be made after the latest interrogation. Nam could also be cross-examined with Kim as the attorney has been pushing the blame on Kim and Yoo.
Share
Print
List