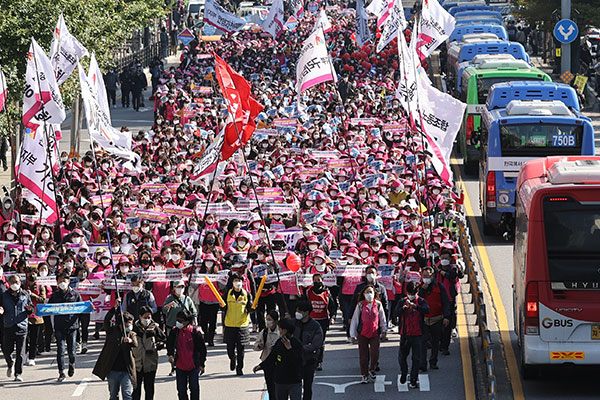 The Seoul city government said it will file charges with the police against the organizers and participants of Wednesday's mass rallies staged downtown by a major umbrella labor union.

City official Kim Hyuk said during a regular briefing Thursday that protesters illegally blocked roads near Seodaemun Station and held rallies despite warnings that the government had banned them.

He stressed that the group’s actions clearly violated the Infectious Disease Control and Prevention Act.

Thousands of members of the Korean Confederation of Trade Unions(KCTU) held a nationwide protest on Wednesday and one-day general strike, demanding an end to non-permanent jobs and for the government's active involvement in talks.