US Special Envoy Due in S. Korea to Discuss N. Korea Issues 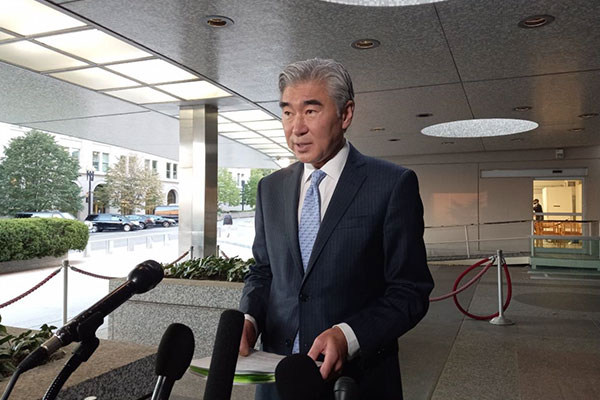 Kim will meet with his South Korean counterpart Noh Kyu-duk on Sunday before he returns to Indonesia, where he also serves as U.S. ambassador.

Attention is being drawn to whether Kim will convey the U.S.' position on Seoul's proposal of declaring a formal end to the Korean War as a way to restart dialogue with North Korea.

South Korea has been seeking the war-ending declaration as a way to rebuild trust with the North and coax it back to the dialogue table.

The U.S. envoy is expected to share the outcome of internal discussions by the U.S. government on the declaration.

The nuclear envoys are likely to analyze the North's recent test-firing of a new submarine-launched ballistic missile and its possible repercussions.
Share
Print
List