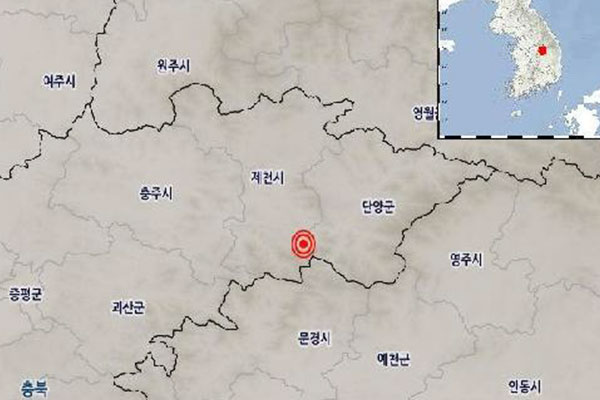 An earthquake with a magnitude of two-point-four occurred in North Chungcheong Province on Friday.

According to the Korea Meteorological Administration, the quake was reported about 26 kilometers south of Jecheon City at 6:51 a.m.

The depth of the epicenter was estimated at 14 kilometers.

The tremor was recorded at a maximum level of three on the seismic intensity scale in North Chungcheong Province, while Gangwon and North Gyeongsang Province recorded two.

The weather agency said that people in areas close to the quake might have felt the tremor and asked for their caution for safety.
Share
Print
List