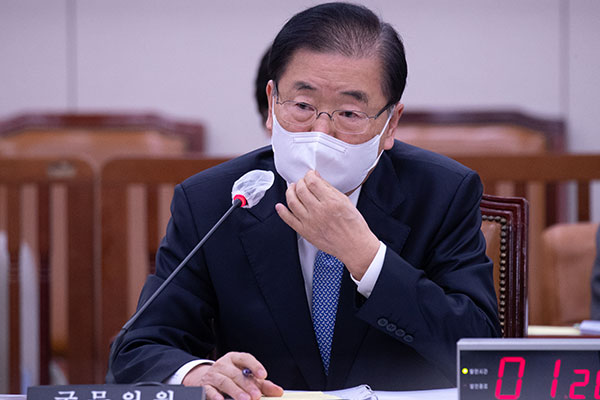 The minister made the remarks during a parliamentary audit of the foreign ministry when asked about the unused five-point-six billion won of the Reconciliation and Healing Foundation.

The foundation was created to support Korean victims of Japan's wartime sexual slavery under a 2015 deal between the two nations, with Japan providing one billion yen, or ten billion won. The foundation, however, was disbanded in 2019 as the deal was criticized for failing to reflect the opinions of the victims.

In the parliamentary audit, Rep. Cho Tae-yong proposed that the remaining five-point-six billion won is used for programs to honor the victims and the foreign minister said Japan is firmly opposed to using the money for other purposes.

Chung said that as the unused money is only being used for the operating costs of the now-disbanded foundation and the victims are refusing to accept the Japanese fund, South Korea and Japan are discussing various ways to better utilize the money.
Share
Print
List