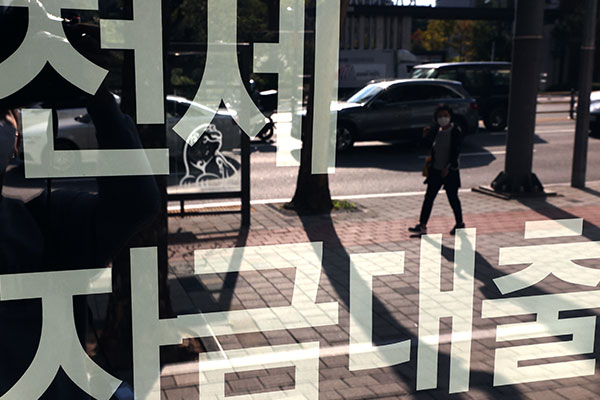 Loans taken out by people in their 20s and 30s for lump-sum housing rental deposits, known as jeonse in South Korea, rose by close to 60 trillion won to 88 trillion won over the past five years amid soaring housing prices.

According to data from the Financial Supervisory Service(FSS) on Friday, jeonse loans taken out by young people jumped from 29-point-17 trillion won in 2017 to 88-point-02 trillion won nearly five years later. Those loans took up 60 percent of the total.

Household debt among those in their 20s to 30s took up 26-point-nine percent of the total in the second quarter this year, with the on-year surge for the group at 12-point-eight percent, far greater than the seven-point-eight percent growth for other groups.