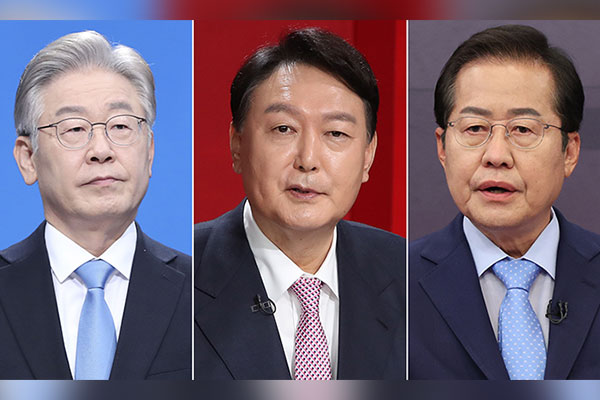 A fresh survey has found that Gyeonggi Gov. Lee Jae-myung, the ruling Democratic Party's(DP) presidential contender, in a four-way race leads his opposition party rivals, albeit within the margin of error.

In Gallup Korea's survey of one-thousand adults taken from Tuesday to Thursday, Lee had 34 percent of support, ahead of the 31 percent garnered by the main opposition People Power Party's(PPP) Yoon Seok-youl.

The survey has a margin of error of plus or minus three-point-one percentage points and a confidence level of 95 percent.

Meanwhile, Ahn Cheol-soo of the People's Party had nine percent of the support, while the Justice Party's Sim Sang-jeung secured seven percent.

When asked on the likeability of the five candidates, Lee topped the list at 32 percent, followed by Hong at 31 percent and Yoon at 28 percent.
Share
Print
List