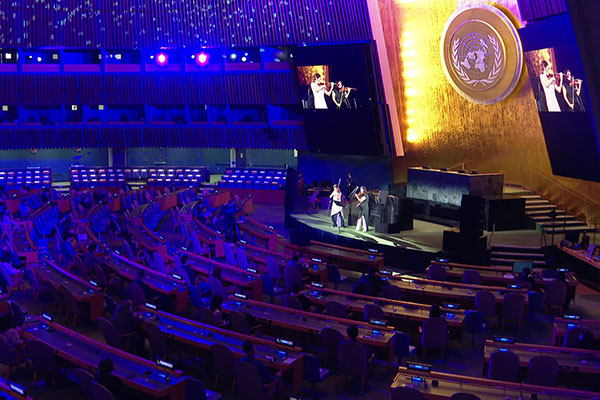 From classical to K-pop, musical performances by Korean acts rang through the halls of the UN General Assembly hall in New York on Thursday, in advance of the 76th United Nations Day on Sunday.

The UN Day Concert was sponsored by the South Korean government to celebrate the 30th anniversary of the two Koreas joining the global body.

Held on the theme of "Restoration Toward Peace and Prosperity," musicians of Korean descent gave performances live and via recording.

First to take the stage in front of some 250 guests were Korean American violinist duo Angela and Jennifer Jeon.

Soprano Shin Young-ok, who flew into New York, was the last to grace the stage.

Seoul's permanent mission to the UN said the celebration marked the first cultural event held at the hall since the start of the pandemic.
Share
Print
List