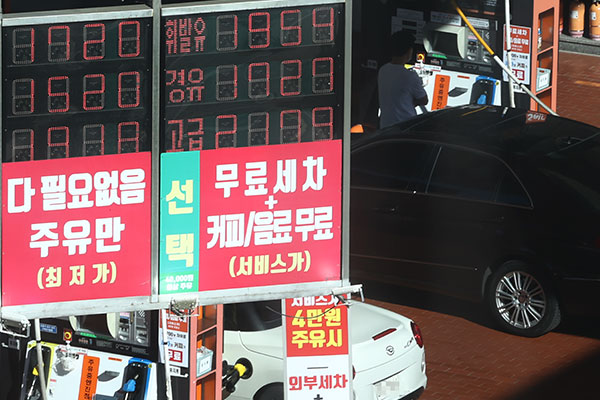 According to Opinet, an oil price information website run by the Korea National Oil Corporation, the average price of regular gasoline nationwide rose 45-point-two won to top one-thousand-732 won per liter in the third week of October. This is the highest figure since the second week of November, 2014, when the price stood at one-thousand-736-point-six won.

Prices have been on an upward trend for the past five weeks, with the weekly increase getting bigger as well.

The price of diesel also jumped 46-point-eight won to one-thousand-530-point-four won per liter.

The Korea National Oil Corporation said international oil prices are on the rise with the decease in the oil reserve and improving employment figures in the U.S. as well as a boosted oil price forecast for next year by Morgan Stanley.
Share
Print
List