Seoul to Normalize Nighttime Operations of Subway, Bus from Monday 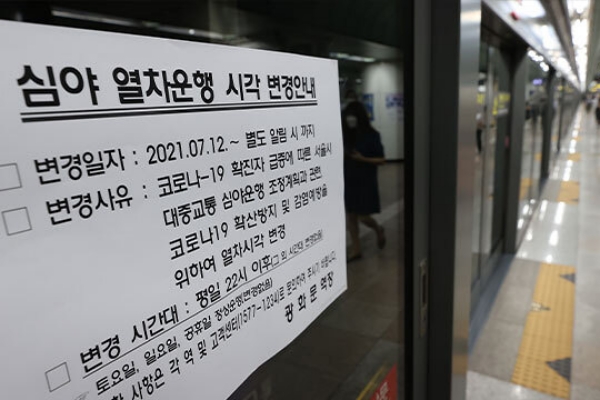 Seoul City will normalize nighttime bus and subway operations from Monday as the nation is preparing for a gradual return to normal next month.

In July, the capital city reduced bus and subway schedules by up to 20 percent after 10 p.m. on weekdays as part of efforts to help contain the spread of COVID-19 in line with Level Four social distancing guidelines.

The city government announced on Sunday that it will normalize the schedules of the public transport system from Monday, beginning with Subway Lines 2, 5, 6, 7, 8, 9 and the UI-Sinseol Line, intra-city buses and shuttle buses.

Schedules of Subway Lines 3 and 4 will be normalized gradually from December 1.

The city said that it made the decision in light of increased nighttime travel after the government eased restrictions on business hours in September.
Share
Print
List