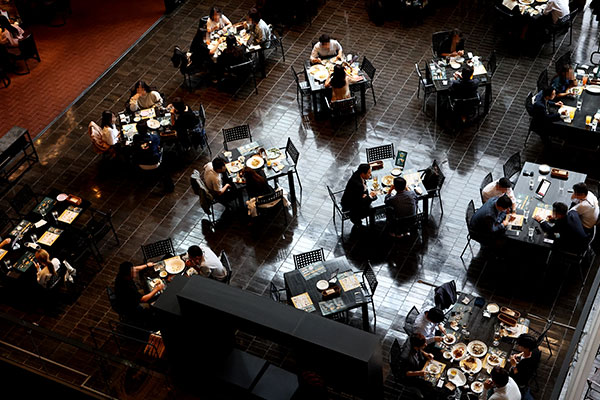 A joint government-civilian panel designing the nation's planned transition into the "With COVID-19" system on Monday unveiled a draft version of new quarantine regulations at a public hearing.

Under the proposed plan, the current four-step social distancing system based on daily new cases would be abolished after this month.

Quarantine would be eased in three phases, first by lifting operational hour restrictions for multipurpose facilities, including restaurants and coffee shops, starting in November.

Private gatherings would be capped to a maximum of ten people, regardless of vaccination. However, at restaurants and coffee shops, where people often take off their masks, the allowable number of unvaccinated people will likely be limited to four.

By mid-December, large-scale public events would be allowed and by late January, private gathering bans would be completely lifted.

After gathering opinions from experts and the general public, the government is set to announce a finalized plan on Friday.
Share
Print
List