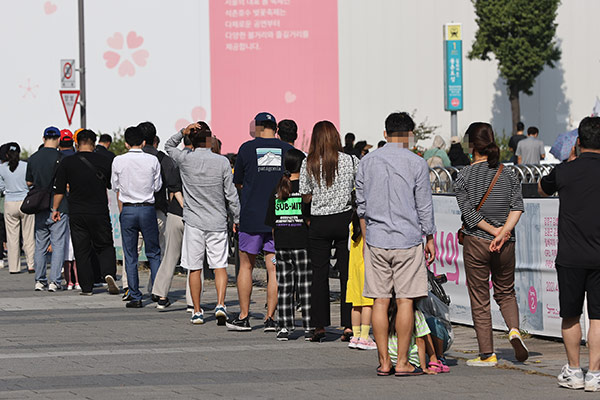 The government says South Korea has logged a decline in the weekly averages of the daily COVID-19 caseload now for three consecutive weeks despite an uptick in movement and amid climbing vaccination rates.

Ryu Geun-hyuk, a senior official at the Central Disaster and Safety Countermeasures Headquarters, said Tuesday that both the Seoul metro area and non-metropolitan areas are seeing a stable drop-off.

Ryu said, compared to three weeks ago when the average number of daily cases hit a high of two-thousand-488 for the week, the average now has dropped by 46 percent.

The government estimated that the average number of cases per day for the past week stood at one-thousand-339, down 222-point-nine from the previous week.

The COVID-19 reproduction rate has remained below one for the past three weeks. The reproduction rate refers to the number of new infections caused by a single patient, with a figure above one indicating the disease is spreading.
Share
Print
List