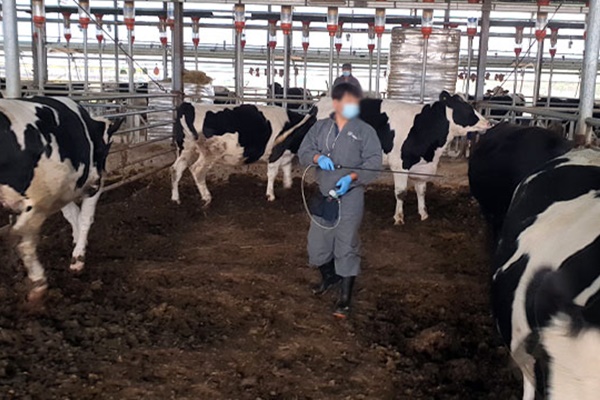 The government will impose restrictions from next month on the long distance transportation of livestock waste to prevent the spread of foot-and-mouth disease(FMD).

According to the Agriculture Ministry on Thursday, during the winter months of November to February, when the disease is often reported, transport vehicles will only be allowed to travel within a city or province.

Areas subject to the restrictions are the cities of Incheon, Daegu, Busan, Ulsan, Daejeon, Sejong, Gwangju, and the provinces of Gangwon, North Chungcheong, North Jeolla and Jeju.

Travel between adjacent regions, such as the northern and southern provinces of Gyeongsang, Chungcheong and Jeolla, will be permitted through prior testing.

Earlier this month, the ministry began vaccinating cattle and goats around the country against the infectious viral disease.
Share
Print
List