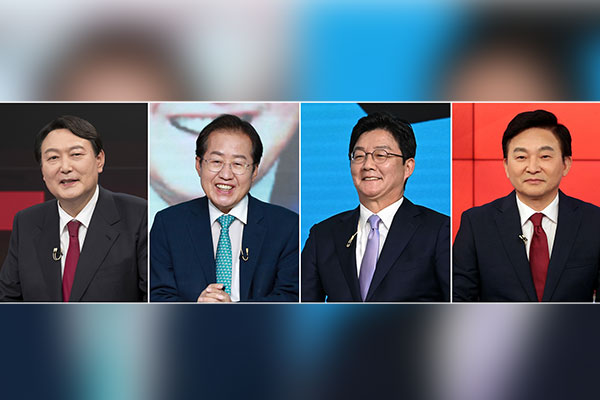 With just four days to go until the final vote begins to choose the main opposition People Power Party's(PPP) presidential candidate, the race is heating up between the two frontrunners, Yoon Seok-youl and Hong Joon-pyo.

Former Prosecutor General Yoon targeted voters in their 20s and 30s, labeling himself the best candidate to realize a change of government and root out the country's chronic corruption.

At a press hearing held at the National Assembly Thursday, Yoon vowed to launch an independent counsel investigation into the highly controversial Seongnam land development scandal.