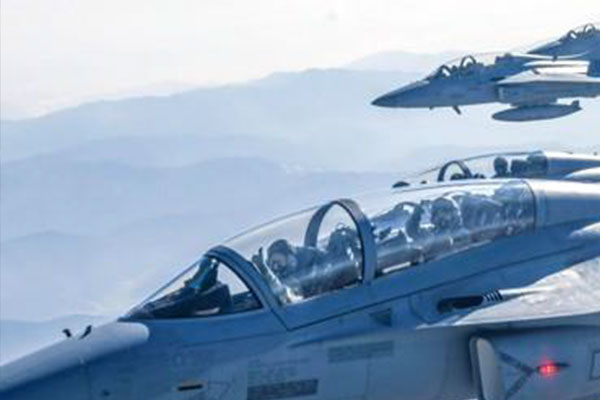 The government is seeking to export FA-50 fighters to Slovakia, as the European country has launched a 500-million-dollar project to procure ten trainer jets.

According to the Defense Acquisition Program Administration(DAPA) on Wednesday, Minister Kang Eun-ho is set to discuss defense cooperation with Slovakia and Hungary in Budapest until Thursday.

The meetings come on the sidelines of President Moon Jae-in's summit on Thursday with leaders from the Visegrad Group of four central European states - Hungary, the Czech Republic, Poland and Slovakia.

On Wednesday, the Korea Aerospace Industries(KAI), the country's sole aircraft builder, is scheduled to sign an arrangement with Slovakia's state-run defense firm LOTN to enhance bilateral cooperation for the export.

The FA-50 is a light attack variant of the T-50 trainer jet that KAI developed with technological cooperation from the U.S. defense firm Lockheed Martin.
Share
Print
List