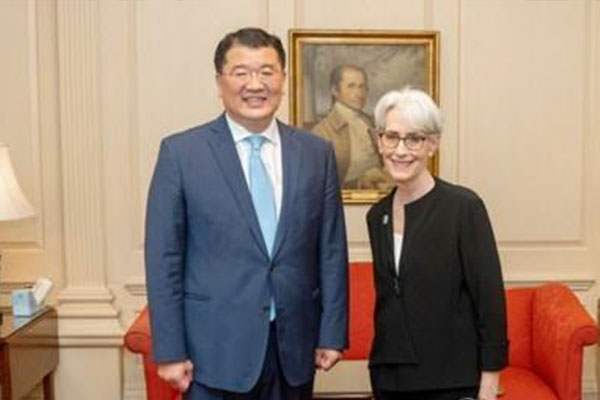 The U.S. State Department said in a statement that Deputy Secretary Wendy Sherman and Vice Minister Choi reaffirmed the U.S.-South Korea alliance as the linchpin of peace, security and prosperity in the Indo-Pacific and beyond.

The department said the two sides discussed North Korea and their shared commitment to the complete denuclearization of the Korean Peninsula.

It added that Sherman and Choi underscored that cooperation among the U.S., South Korea and Japan is essential to tackling the global challenges of the 21st century, including COVID-19 and the climate crisis, and ensuring resilient supply chains and post-pandemic economic recovery.

Choi and Sherman are scheduled to hold a trilateral meeting with their Japanese counterpart Takeo Mori on Wednesday and hold a joint press conference after the meeting.