Prosecutors Raid Home of Ex-Lawmaker as Part of Probe on Land Dev. Scandal 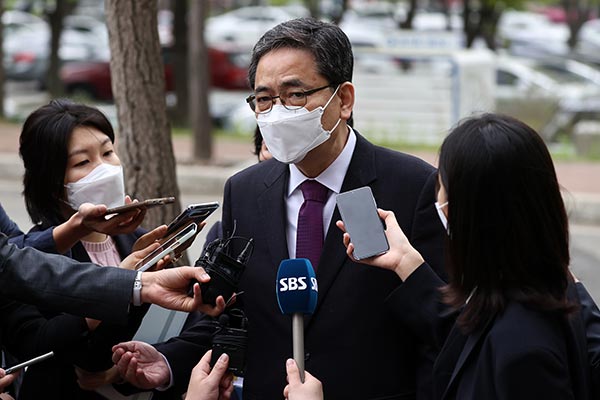 Investigators from the Seoul Central District Prosecutors’ Office began searching Kwak’s residence and his office in the morning.

Prosecutors suspect Kwak helped asset management firm Hwacheon Daeyu pursue the land development deal and in return got his son a job at the firm and pocketed five billion won in the form of his son’s severance pay.

In the process of grilling key figures in the scandal and officials at Hana Bank, prosecutors reportedly secured testimony that Kwak helped Hwacheon Daeyu pursue the deal by maintaining its partnership with Hana Bank.

A consortium led by the asset management firm and Hana Bank once risked collapse after another consortium emerged as a strong contender.

Kwak and Hana Bank chief Kim have denied the suspicions, saying they do not know each other.
Share
Print
List