72.2% of Foreign Population Estimated to Be Fully Vaccinated 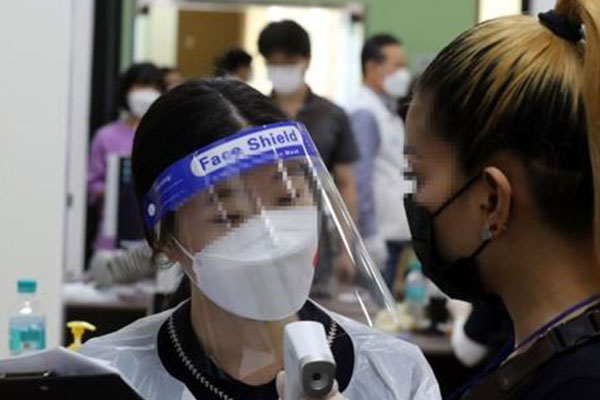 The government estimates that more than 72 percent of foreign nationals residing in the country have completed their COVID-19 vaccinations.

According to the Ministry of Justice on Tuesday, 72-point-two percent of the foreign population was estimated to be fully vaccinated, including 71-point-seven percent of foreigners residing legally and 74-point-six percent residing illegally.

The figure is close to the nation’s vaccination rate of 78-point-three percent.

The ministry added that, of the total COVID-19 cases reported, six-point-two percent were foreigners as of Tuesday, far lower than the nearly 22 percent posted on October 13.

In a bid to promote testing and vaccination of undocumented workers, the justice ministry provided incentives to those who voluntarily left the country after completing vaccination, including exemption from fines.
Share
Print
List