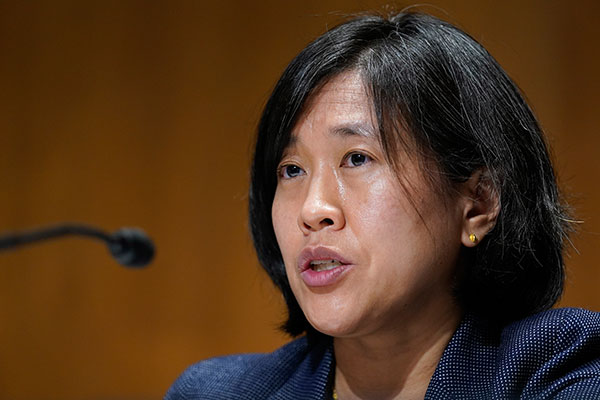 The trip will mark the first visit to South Korea by the top U.S. trade official since 2011.

Tai will reportedly arrive from Japan in the afternoon and meet with senior South Korean officials from Friday. She is scheduled to attend the sixth round of the Joint Committee under the South Korea-U.S. Free Trade Agreement at 2 p.m. that day.

In the session, Trade Minister Yeo Han-koo and the USTR are expected to discuss various trade issues between the two nations, possibly including semiconductor supply chains and U.S. steel tariffs.

Tai will reportedly meet with Employment and Labor Minister An Kyung-duk as well on Friday. It's considered unusual for the U.S. top trade official to meet with the South Korean labor minister.