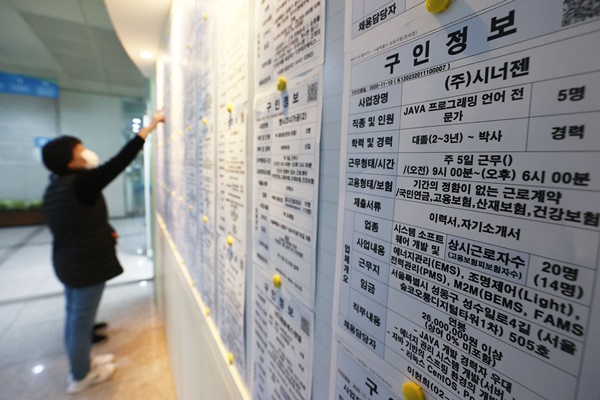 According to the Korea Economic Research Institute(KERI) on Thursday, the employment rate of people aged 25 to 34 with university diplomas came to 75-point-two percent.

South Korea ranked 31st among the 37 economies in the Organization for Economic Cooperation and Development(OECD), with its rate lower than Britain, Germany and Japan.

As for reasons why the employment rate is so low, KERI cited the mismatch between majors and available jobs and the inflexible structure of the labor market.
Share
Print
List