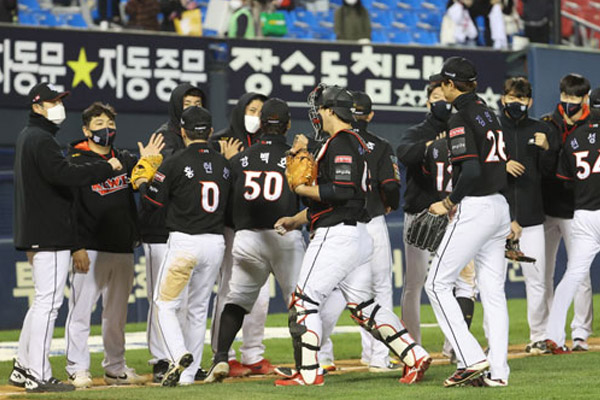 The Wiz beat the Bears 3-1 in Game 3 at Gocheok Sky Dome in Seoul thanks to strong performances by starter Odrisamer Despaigne and veteran second baseman Park Kyung-su.

Despaigne was picked the "Daily Most Valuable Player" after he recorded four strikeouts and allowed only two hits in five and two-third scoreless innings.

With the latest victory, the KT Wiz need only one more to win the Korean Series for the first time since joining the KBO in 2015.

Game 4, which could determine the champion, is scheduled to be held at Gocheok Sky Dome at 6:30 p.m. on Thursday.
Share
Print
List