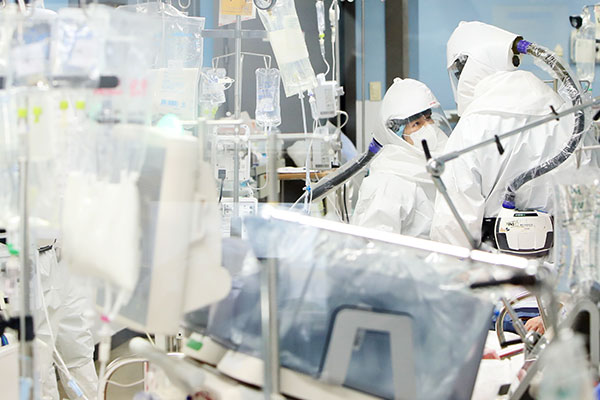 Nearly 80 percent of beds in the Seoul metropolitan area for critical COVID-19 patients are occupied, more than two weeks after the nation began a transition into living with the virus.

According to the health ministry, as of 5:00 p.m. Wednesday, 537 out of 687 beds, or 78-point-two percent, were taken by patients with serious symptoms in the capital region.

The ratio in Seoul stood at 80-point-nine percent, while that of the surrounding Gyeonggi Province and the nearby Incheon area stood at 76-point-four percent and 72-point-two percent respectively. Nationwide, 63-point-eight percent of beds were occupied.

On Wednesday, health authorities said it will hold emergency assessments when the average daily bed operation rate for critical patients surpasses 75 percent. A decision to halt the transition could be under review.

At a lecture hosted by a parliamentary research body, Health Minister Kwon Deok-cheol said the situation in the capital area is slightly precarious, adding that business restrictions or gathering bans could be tightened after a crisis assessment.
Share
Print
List