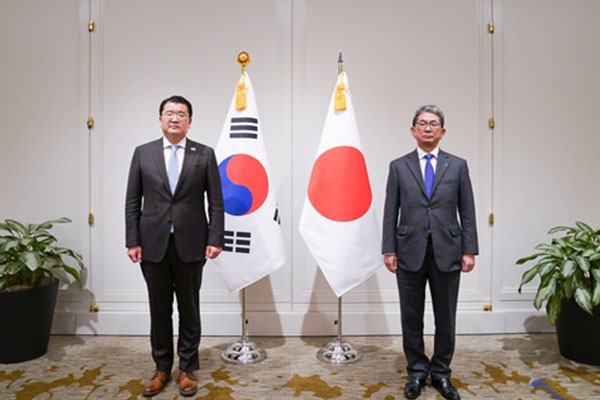 Vice foreign ministers from South Korea and Japan held bilateral talks in Washington, despite the Japanese official boycotting a joint press conference in protest of the South Korean police chief's visit to Dokdo.

According to the foreign ministry, First Vice Foreign Minister Choi Jong-kun and his Japanese counterpart Takeo Mori attended the scheduled meeting on Wednesday.

As it was the first high-level meeting between the two sides since the launch of the Fumio Kishida Cabinet earlier this month, the officials exchanged views on key bilateral issues and other items of mutual concern.

Choi urged accelerated discussions on resolving a dispute over Japan's wartime forced labor and sexual slavery, to which, according to Kyodo News, Mori called for Seoul's "appropriate response."