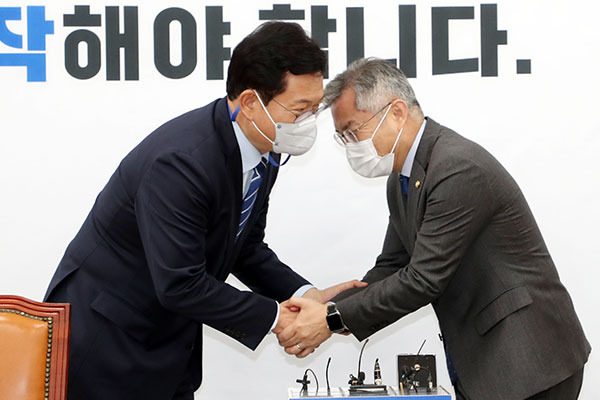 According to the ruling party on Thursday, chief Song Young-gil and minor party leader Choe Kang-wook exchanged views on merging their parties and agreed to push ahead with the idea when they met the previous day.

DP Rep. Woo Sang-ho was named the ruling party's chief negotiator, and once the minor party appoints its negotiator, the two sides are expected to begin working-level talks on the relevant timing and format.

The latest move is believed to be the DP's attempt to solidify backing from its key supporters, amid a lack of increase in presidential candidate Lee Jae-myung's support ratings.
Share
Print
List