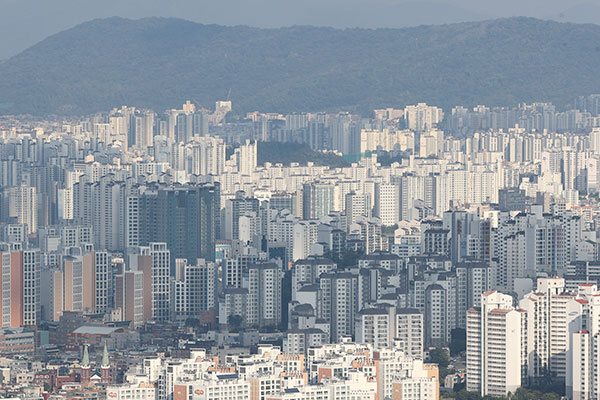 A survey has found that the so-called MZ generation, referring to millennials and Generation Z, ranks real estate as the top preferred investment vehicle to boost future assets.

About 36 percent chose real estate as the most necessary means to increase wealth, according to a survey of 700 men and women in their 20s and 30s commissioned by the Federation of Korean Industries and conducted earlier this month.

It was followed by stocks at 32-point percent, virtual assets at 13 percent and bank deposits at eight percent.

But at present, most respondents said they actually relied on bank savings at over 37 percent, followed by stocks, virtual currency and then real estate.

The federation said the MZ generation is aware of the potential of owning property, though financial situations and skyrocketing real estate prices are currently barring active investment.

Over 40 percent of respondents also claimed experience in virtual asset investment, with 63 percent having invested less than five million won. As for the reason, nearly half said it's difficult to grow assets just with earned income, while others said they saw others making handsome profits.
Share
Print
List