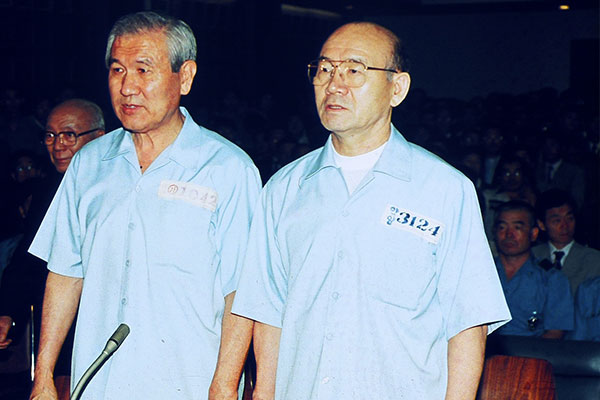 The ruling Democratic Party(DP) voiced opposition against a state funeral for Chun while remaining cautious about whether party leadership would visit the funeral.

Senior DP spokesperson Koh Yong-jin told reporters that a state funeral cannot be held for Chun by law, and neither can he be buried in a national cemetery.

Regarding the state funeral held for late former President Roh Tae-woo who died about a month ago, Koh explained that Roh had apologized and regretted his wrongdoings unlike Chun who left behind no such sentiments.

PPP officials, during a phone interview, said no statement would be issued on his death Tuesday and no decision has been made on funeral visits by party leaders.
Share
Print
List