Gov't Decides Not to Hold State Funeral for Deceased Ex-President 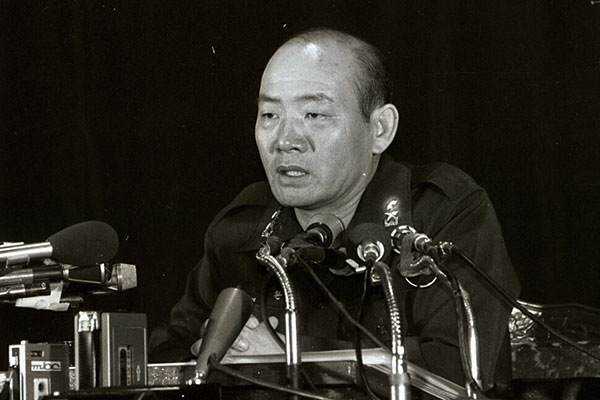 The government will not to hold a state funeral for former President Chun Doo-hwan.

A senior government official announced the decision on Tuesday hours after the former dictator and president died apparently of long-term health problems at the age of 90.

The government official said state assistance will not be provided even if a funeral is held privately among the bereaved family. Chun’s former presidential secretary Min Jeong-ki earlier in the day had told reporters a family funeral was being arranged.

The decision draws contrast to government reception of the passing of former President Roh Tae-woo, who died last month and was given a state funeral.

Roh and Chun were both convicted in 1996 of corruption and mutiny for their roles in a 1979 coup and the bloody crackdown on the Gwangju pro-democracy uprising the following year.

The government was known to have approved a state funeral for Roh for his apologetic stance over past wrongdoings, as well as contributions made via his Nordpolitik policy, which included a non-aggression pact with North Korea. Chun was criticized for refusing to apologize for the events.
Share
Print
List