BTS Snags One Grammy Nomination, Snubbed for Record of the Year 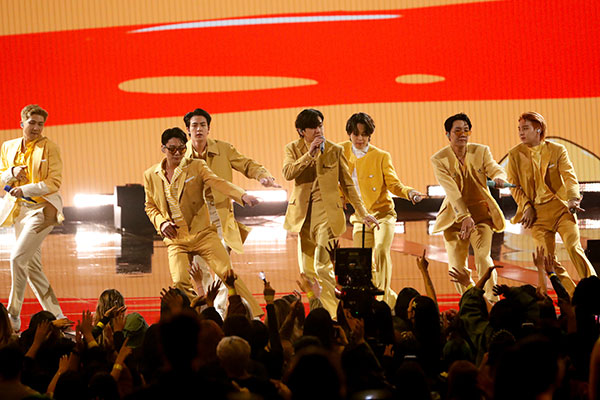 K-pop group BTS managed to snag one nomination for the 2022 Grammys, though was snubbed in top categories that the group had been favored for.

The 64th Grammy Awards announced its nominees on Tuesday, which included BTS for best pop duo/group performance for “Butter.” It is the second year in a row the group has been nominated in the category after “Dynamite.”

However, the seven-member group was excluded from the coveted record and song of the year categories, for which it was favored to get among foreign media including Billboard and Forbes. The two other top categories are album of the year and best new artist.

The announcement came two days after BTS became the first Asian act to be named Artist of the Year at the American Music Awards(AMAs).

“Butter” stayed on the Billboard Hot 100 chart for ten non-consecutive weeks, followed by two other chart-topping singles, “Permission to Dance” and “My Universe.”
Share
Print
List