Gov't Begins to Consider Emergency Suspension of 'With COVID-19' 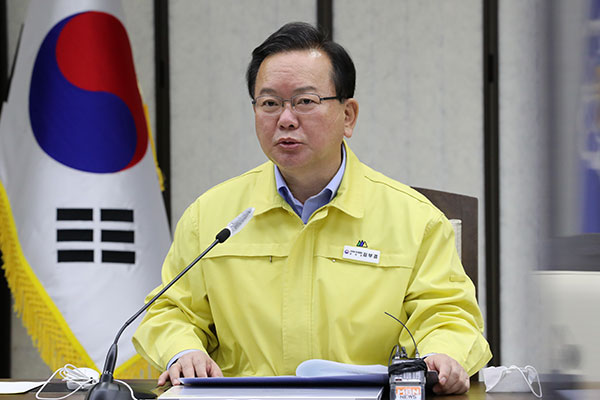 The government began to consider taking emergency action to suspend the transition into living with COVID-19 in the capital region, after the death toll and number of severe cases set new records.

This comes after the government previously planned to conduct a two-week evaluation of the first phase of the transition that started on November 1, before advancing into the second phase in mid-December.

Earlier on Wednesday, Prime Minister Kim Boo-kyum said the current situation in the Seoul metro area is critical and called for a review of emergency action.

As of 12:00 a.m. Wednesday, there were four-thousand-115 new cases nationwide in the previous 24-hour period, setting a new record.

With the occupancy rate of beds for critical patients surpassing 80 percent in the capital area, authorities plan to ease restrictions on ward density and tighten rules for admission to intensive care units to give priority to serious cases.

The government-civilian committee tasked with preparation for the transition is set to convene its fourth meeting on Thursday to discuss the details of reinforcing quarantine.
Share
Print
List