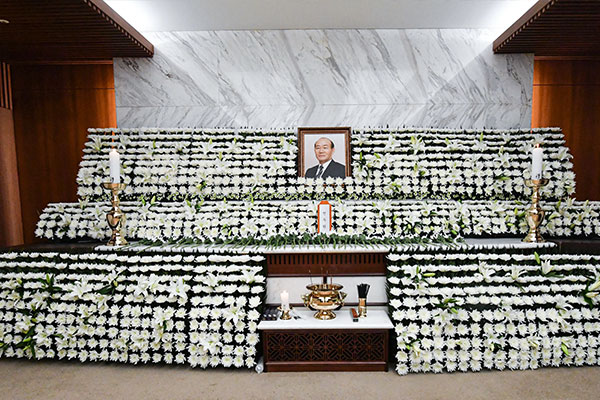 Ex-military officials and politicians have paid their respects at the funeral of late former President Chun Doo-hwan.

On Tuesday, the site received some 300 visitors, most of whom were Chun's contemporaries including his close confidant and ex-national security chief Chang Se-dong.

Former presidents Lee Myung-bak and Park Geun-hye, who are both in prison, and other politicians sent flowers and condolence messages.

So far the only incumbent lawmaker to visit is Yoon Sang-hyun, who was Chun's son-in-law.

The controversial president and dictator is known for his brutal crackdown of the 1980 Gwangju pro-democracy movement. His five-day funeral continues through Saturday. His body is to be cremated and kept at his home until a final resting place is decided.
Share
Print
List