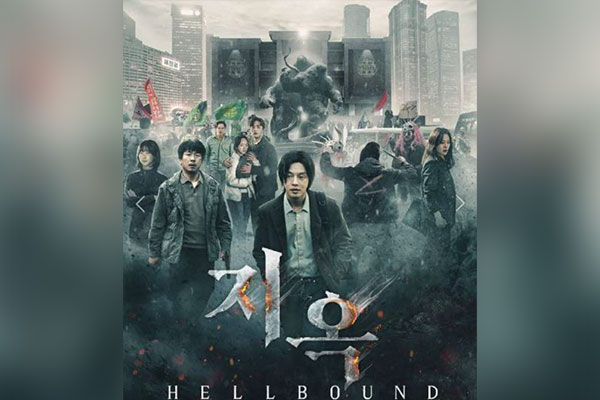 Rights to the comic behind the popular South Korean Netflix series "Hellbound" has been sold to eleven countries.

Its publisher Munhakdongne Publishing Group said Wednesday that licensing rights were sold to the U.S., Japan, France, Italy, Germany, Spain and Taiwan, among others.

A Japanese edition has already been published by Futabasha Publishers, while in the U.S., graphic novels powerhouse Dark Horse Comics snapped up the rights.

An official at Munhakdongne said that "Hellbound" caught the attention of global publishing houses from early on and that the competition was stiff. He added firms that purchased the rights paid a large sum.