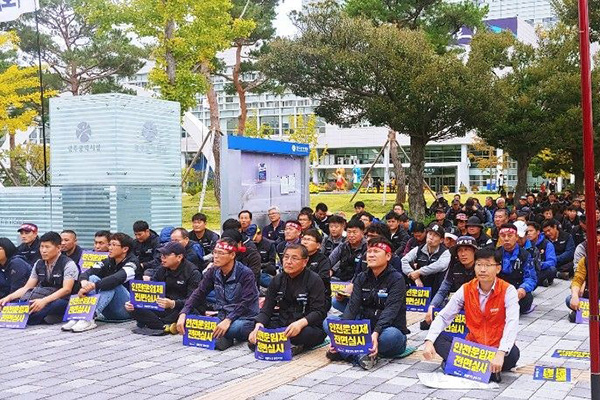 According to labor circles, the Cargo Truckers Solidarity, affiliated with the Korean Confederation of Trade Unions(KCTU), started the nationwide strike at 12 a.m. Thursday.

The labor group demands a continuation of the so-called safe wages scheme which imposes fines on shipping firms that do not pay truck drivers an adequate amount in freight fare.

The rule, introduced for a tentative three years, will last until next year. The union wants the rule to be permanent in addition to a hike in freight charges.

The transport ministry is seeking talks with the group while implementing emergency transportation countermeasures.

The ministry expects the strike will have a limited impact on logistics as 22-thousand, or just five percent, of all cargo truckers are members of the union.
Share
Print
List