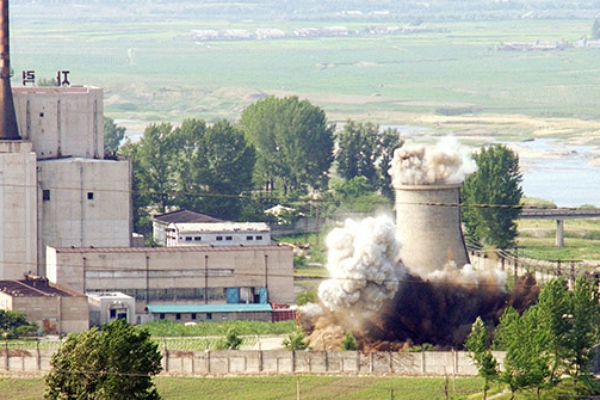 A United States website specializing in North Korea analysis reported that recent satellite imagery provided more evidence that the North is operating the five-megawatt reactor at its Yongbyon nuclear complex.

38 North on Wednesday presented the analysis by experts including former Deputy Director-General for Safeguards at the International Atomic Energy Agency Olli Heinonen.

The recent commercial satellite imagery of the Yongbyon complex reportedly showed steam emanating from the reactor's generator hall, indicating at least one of the generators is running.

Experts also said water continues to be discharged from the auxiliary pipe into the channel leading to the Kuryong River.

The website said that the five-megawatt reactor can produce up to six kilograms of plutonium per year.

It added this new activity is notable since resumption of plutonium production is likely needed to accomplish the goals for further nuclear weapons development announced at the eighth Party Congress earlier this year.
Share
Print
List