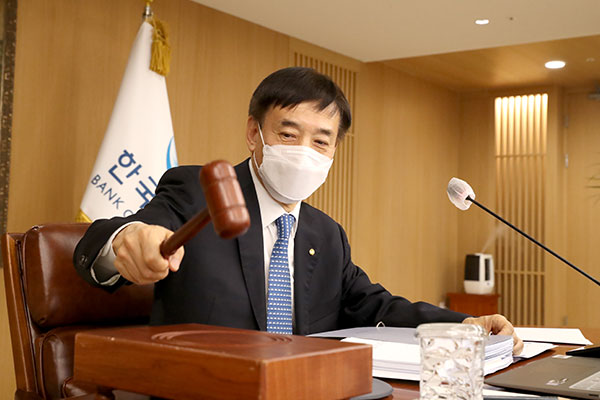 The Bank of Korea(BOK) raised its key interest rate to the one percent range for the first time in 20 months.

The central bank's monetary policy board raised the key interest rate by point-25 percentage points to one percent during a meeting on Thursday.

The move comes after the bank hiked the key rate for the first time in almost three years in August to zero-point-75 percent, which was the first change in 15 months.

The bank’s latest move apparently signifies that the era of low interest rates has come to an end 20 months after the bank eased monetary policies in a bid to protect the economy amid the COVID-19 pandemic.
Share
Print
List