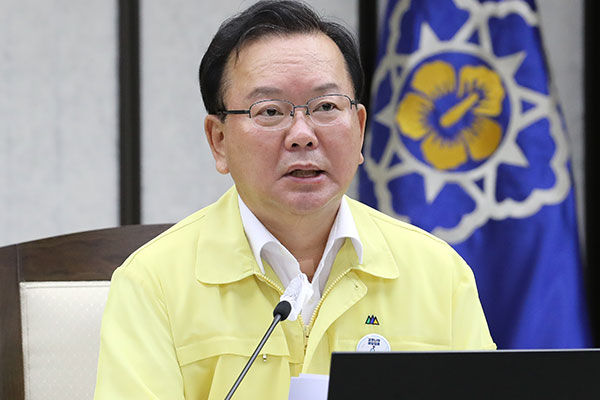 Kim made the assessment on Thursday as he chaired a government meeting on the phased transition into living with COVID-19.

He said the number of serious COVID-19 cases and deaths has grown sharply in the capital region after infections surged particularly among the elderly.

The prime minister called on government agencies to mull over ways to expand the system to treat the virus at home. He underlined the need for this expansion so that hospitals can focus on serious cases without burdening the healthcare system, even if cases drastically surge.

Kim also urged agencies to seek ways to boost quarantine efforts for the elderly aged over 60 as well as children and teens, which accounted for over half of daily cases reported recently.