Chief of Labor Group Given Suspended Sentence for Illegal Rallies 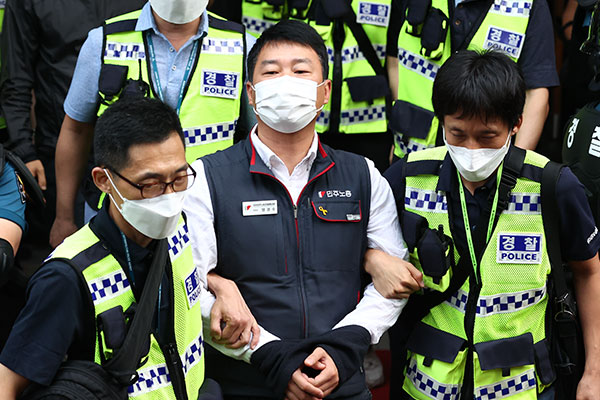 The chief of the Korean Confederation of Trade Unions has been convicted of holding illegal rallies in Seoul, but released on probation.

The Seoul Central District Court on Thursday sentenced Yang Kyung-soo to one year in prison, suspended for two years, and a three million won fine.

The court found Yang guilty on all charges but the fact that he pleaded guilty while making efforts to abide by the law regarding protests and infectious diseases was taken into consideration for the judgement.

The court also added that there were no reports of COVID-19 infections due to the protests led by Yang.
Share
Print
List